The SCREAMING Vampire GARGOYLE Gothic Necklace From my "Nocturnal" Collection - Not for the faint of heart... I Designed the "Vampire Gargoyle" for any

From my "Nocturnal" Collection... not for the faint of heart! I Designed the Vampire Gargoyle for any Goth, Rebel or Rock Star with that Darker Mystical Style. 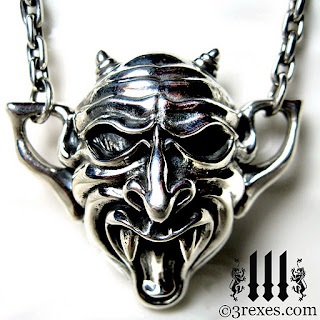 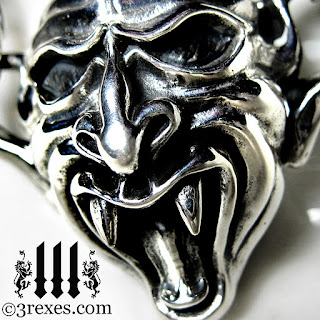 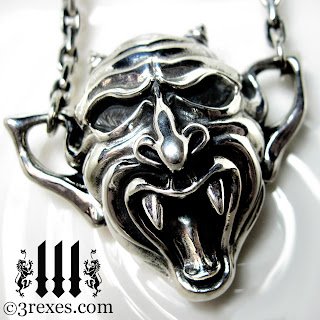 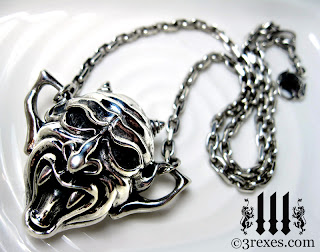 MY INFLUENCE... THE GARGOYLE! In the Middle ages, Evil represented the worst enemy of the Christian religion. Therefore, it was imperative to repel "Evil" from its Holy churches. Enter the GARGOYLE... whose duty was to repel all evil spirits and demonic beings, causing them to flee. They were known as the the "Keepers of Good"! Their horrific expressions were visible to remind heretics, non Christians, and God’s enemies that divine protection was enforced on the Holy structures that they were attempting to approach. It was believed that a gargoyle would holler when evil wizards, magicians or demons approached, whether they were visible or invisible. In my opinion, I consider the Gargoyle synonymous to a Spiritual watch dog... and here he is!

Chain hangs from his ears!