Mysterious Silver Cross Necklace. The Horseshoe'esque design of this piece was influenced by the Moorish Arches of 13th to 16th century Spain, along with the ROYAL TREASURES of the Kings & Queens from the MEDIEVAL period (5th-8th century). 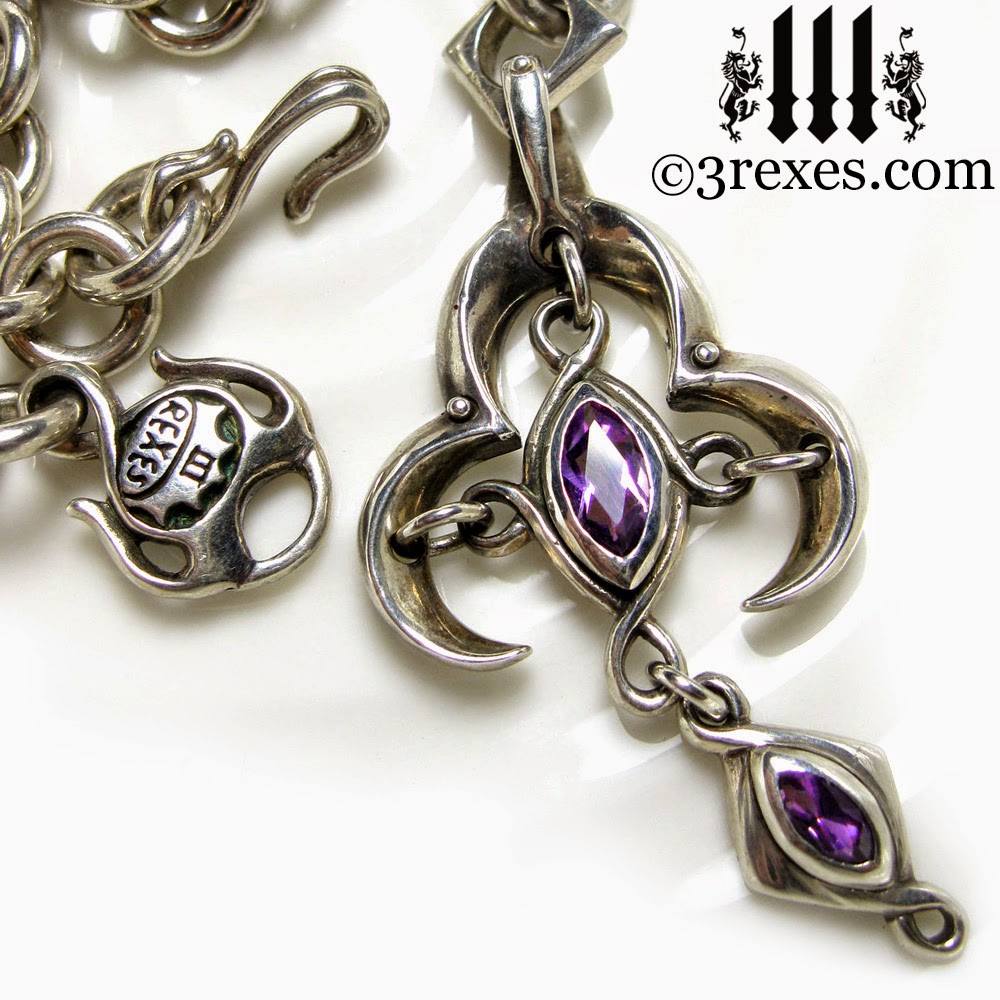 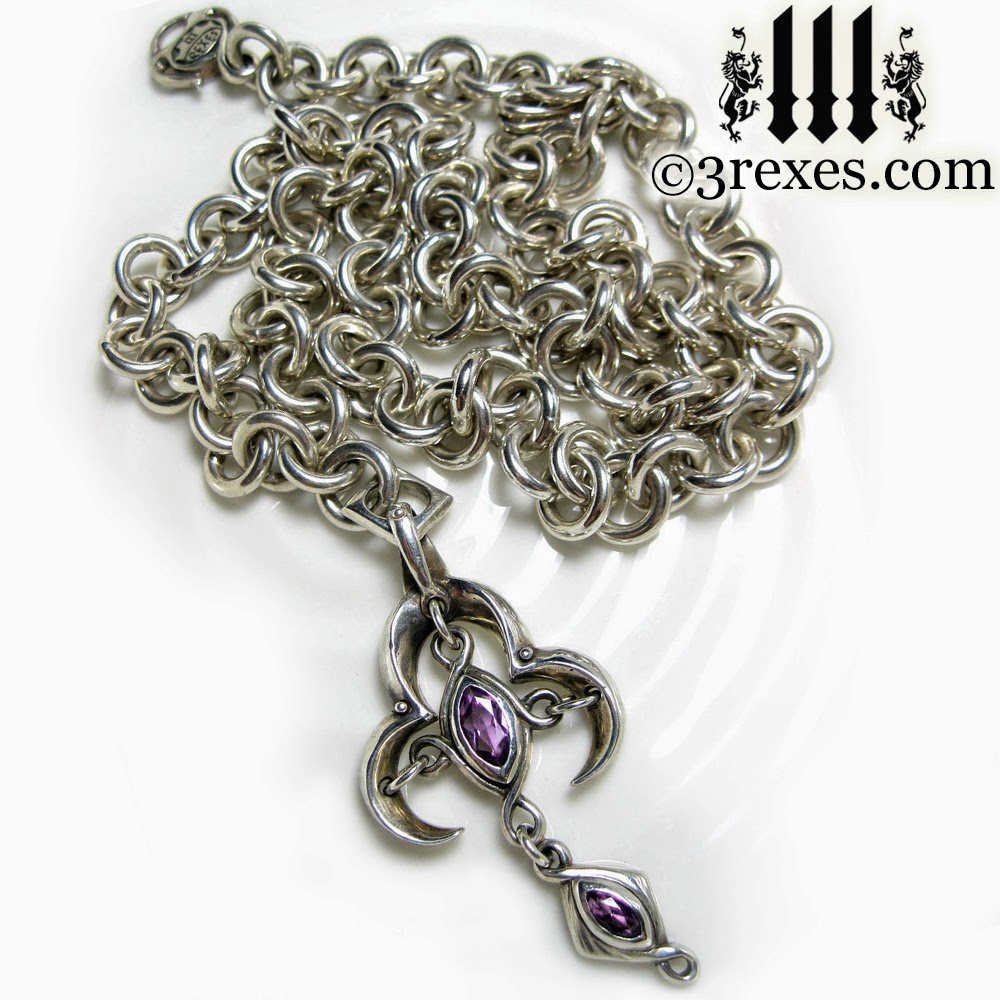 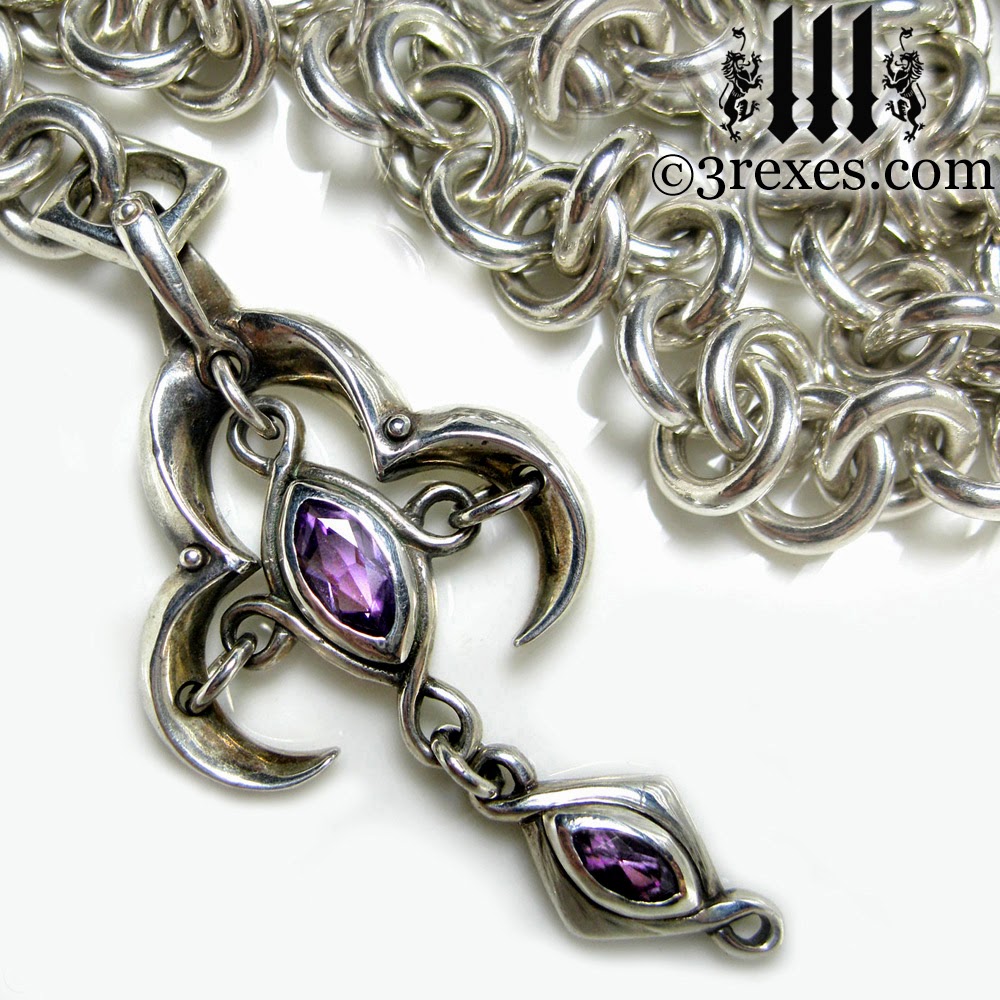 ABOUT AMETHYST: February Birthstone, also the Zodiac stone for Pisces. Amethyst was used by the ancient Egyptians and was also found in Anglo-Saxon graves in England. Amethyst fosters Healing and Selflessness, it is also associated with Spiritual awareness. Some say it should be called the Stone of Transformation, Known also as "Metamorphosis Stone