Here is a quick tidbit of interest-
Are you familiar with this gentleman/robber? There is much debate about the true legend surrounding this man. Many stories have glorified & romanticized his crimes - So much so, that rich women would purposely find themselves in his path, waiting to be his next victim! Humm.... I can't blame them! 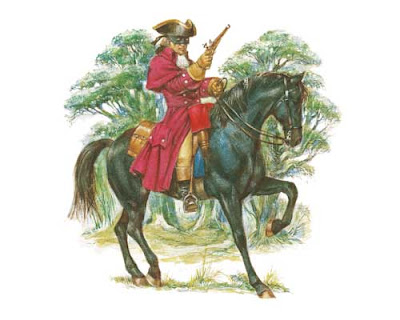 After he was executed, Dick Turpin's body was buried a number of times as people kept digging it up. Finally he was buried in quicklime across from St. George's Roman Catholic Church in York near Walmgate Bar. "I was in York a few years back & I can't believe I missed my chance to meet him. Well, maybe next time!" 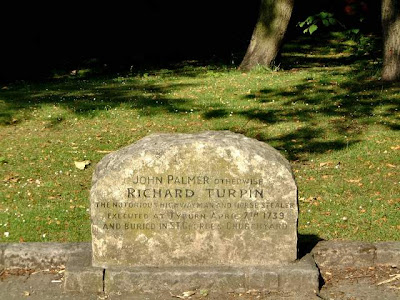