Another Hottie, Highwayman to flaunt - CLAUDE DUVAL - b. 1643 - d. January 21, 1670. "Also known for robbing passing stagecoaches on the roads to London, between Highgate and Islington. Unlike most other brigands, he distinguished himself with gentlemanly behaviour and fashionable clothes. He reputedly never used violence." wikipedia 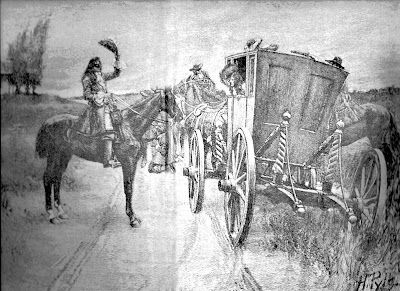 "There are many tales about Duval. One particularly famous one - placed in more than one location and later published by William Pope - claims that he took only a part of his potential loot from a gentleman when his wife agreed to dance with him in the wayside." wikipedia "I'd dance with him, what about you?"

Claude Duval's ghost allegedly haunts the tavern where he was arrested before being condemned to death. "My kind of ghost!"